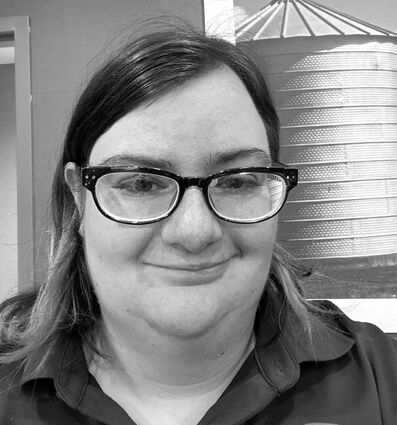 Mental health. Those two words can be scary.

Mental health. It is something that once was a taboo subject to talk about. Now, it is one that is more prominent and discussed on a daily basis.

Hi, my name is Rikki. As a front desk agent, artist, and daughter, I struggle with mental illness on a daily basis. A diagnosis was received in August of 2021. Complex PTSD and DID (dissociative identity disorder) are the two that I deal with on a regular basis. Complex PTSD is the core PTSD along with other groups of symptoms. Often misdiagnosed, this one is from multiple different kinds of sustained trauma over time often mixed with different types of abuse and traumas. It’s harder to treat and overcome.

From early childhood, my family was never picture perfect. My mom was ill and my dad was working. Sure, we did family things together but it wasn’t the usual stuff of parks and vacations. Being an only child didn’t help. I created an “imaginary friend” Lexie to cope with being alone. It helped give me a sense of being around a sibling with no sibling present.

We will get into that in a little bit.

As my childhood faded and my teenage years came around, it was like having a whole new concept on everything. I felt like a teenager should be carefree and happy. Hanging out with friends, going to school dances, these are the things that normal teens do and experience. Follow up with adulthood. Trauma. It is one word but it describes so much. I have had many struggles in my 27 years of life and unfortunately a lot of it has been since 2017.

Life fell apart and completely shattered. I suffered many losses. From losing my grandmother on Christmas day to losing my mom in April the following year, bearing witness to that broke me, and here I am, just trying to pick up the broken pieces without getting hurt by the shards. Jobs, college and daily life care struggles had affected everything. Noises I hear make me jump, people walking behind me make me hyper vigilant. That’s not a way to live. Talking things out helps and not everyone can afford therapy.

Remember when I spoke about Lexie? She is an alter. DID was formerly known as multiple personality disorder. I, Rikki, am considered the host. I have three other alters as well: Lexie, Zeriah, and Victoria. Sometimes one of the alters takes over. For me, I can describe this as seeing the world in another person’s eyes.

The way I act, the things I do, even down to how we each like different things. I am me. Ranging from arts and crafts, to adventures, this is who we are. Many of these things can create issues when trying to live a normal lifestyle. Many of the issues that I have faced are holding down jobs. However, overcoming these obstacles has been quite a journey. I would like to open the eyes of my readers, and help them understand different mental illnesses and how they can affect daily lives. This is who I am.