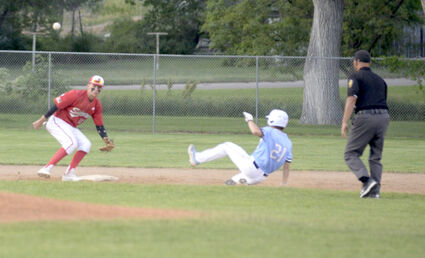 Sidney's American Legion Post 17 Senior Baseball team had a very busy week, starting with an away game against Chadron, then followed by tournament play in Alliance through the weekend. The contest against Chadron on Tuesday June 21 was the high point of the stretch of games, which had Sidney playing well and leading in some games, but unable to close out the victory and adding more losses to their record.

On June 21, the Seniors went to work immediately against Chadron starting pitcher Dalton Stewart, with Quinn Arellano picking up a lead off walk, then Reid Fiscus lining a single to put r...