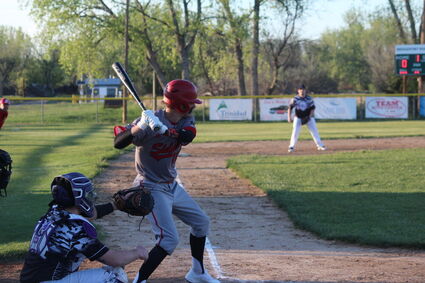 Sidney's American Legion Post 27 Senior baseball team hosted the Chadron FNBO Nationals senior team on Thursday, and after taking an early lead, were unable to hold back the Chadron offense that exploded for 10 runs in the final two innings.

In a warm-up game for the Seniors' upcoming District Tournament in Ogallala starting next week, Micah Schneider opened for Sidney on the mound, and after two runners reached base via a single and an error on a hard-hit grounder to third base by Austin Wolfe, Schneider struck out Jordan Bissonette to end the frame.

Landon Riddle and Schneider each singl...