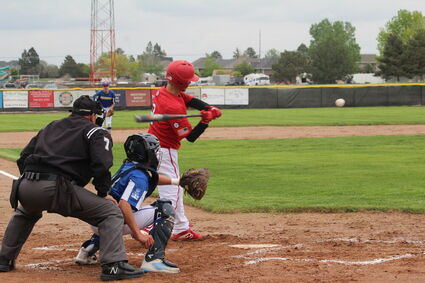 Sidney's American Legion Post 17 Senior baseball team traveled to Ogallala for the B7 Area Tournament this weekend, and lost two games and were eliminated from the tournament. Sidney opened Friday afternoon against the Gering Platte Valley companies Senior team, and were shut out and no-hit by Gering's Carter Reisig and Jackson Howard on the mound.

Reisig started the game and struck out the first two batters he faced, then hit Reid Fiscus to give Sidney a runner on first, but Reisig recovered and got Micah Schneider to fly out to centerfield to end the top off the first inning. Sawyer Dickm...