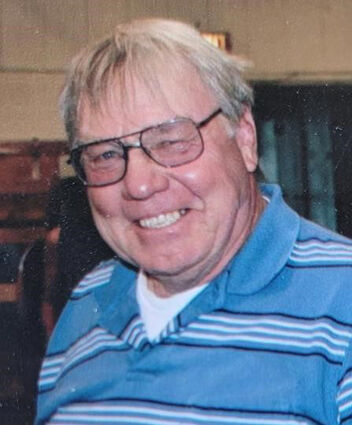 You may view Ray’s Book of Memories, leave condolences, photos and stories at http://www.gehrigstittchapel.com.

He is preceded in death by his parents, his wife Nelda, his daughter Dema, his siblings Lavonne, Billy, Bernita, Donald and Judy.

Ray was raised in Nebraska and moved around a lot. He joined the Army at the age of 17, he served and fought in the Vietnam war from 1962 through 1965. He was a proud American and proud of his service. Upon his return, he married Margaret (Wilkins) and over the course of 13 years they had their six children.

He married his last love Nelda (Goodman) in 1981 they raised children, traveled the country and loved each other until their last days. He moved his family to countless towns and states to work many different jobs to provide for his family as a truck driver, an oil field worker, auto mechanic finally settling as an Owner/Operator Truck driver where he was able to continue his wanderlust for traveling the country.

He made a huge impact on so many people’s lives, including his nieces, nephews, cousins, in-laws and numerous strangers who became part of the family. He served as a deacon in the Calvary Baptist Church in Sidney. After he dedicated his life to Christ he tried to live righteously and be an advocate for the Lord. He wanted to see us all saved so we could be in Heaven with him.

He was the kind of man that would give the shirt off his back, the last 20 in his wallet or share his table with you. He was the kind of man who more than once loaded up a trailer to save his stranded, broken-down children (or friends). He was a force to be reckoned with, he was a large presence in any room, with a charming smile, a teasing wink, quick wit and hearty laugh. He was ten foot tall and bullet proof. A jack of all trade and master of many (even though he would say none).

If you knew Ray, he touched your life in some way.