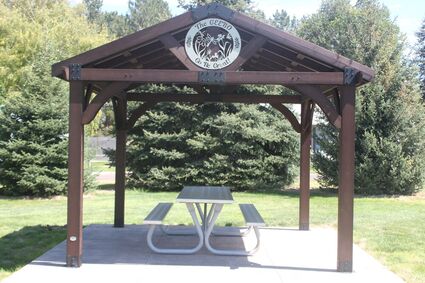 There are people on the journey of life who are too gentle and kind-hearted to seek the limelight, but also need to be recognized.

“Jo” Jodene Houser is among them.

Houser retired from the City of Sidney as Director of Human Resources in January 2021. In the days prior to her departure, she was overwhelmed with the well-wishes of friends and family on completing 30 years working with five city managers.

At her retirement, she recalled the many people she met and relationships built. She also recalled having the first personal computer in the City.

She left full-time employment with the goal of spending more time with family, especially grandchildren, and enjoying life on her terms.

That changed in December of 2021. She passed away peacefully in the presence of her family.

Her son, Mike Palmer, later announced to the Sidney City Council plans to build a gazebo in her memory.