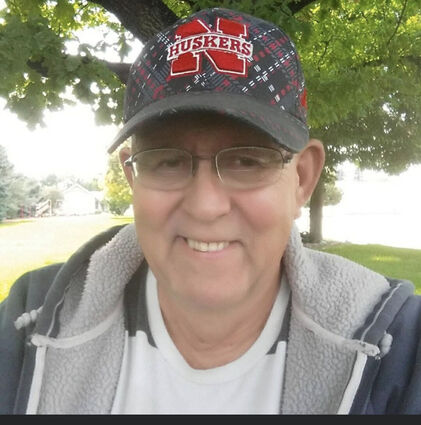 Michael Louis Hawkins, age 69, of Sidney, NE passed away in Kimball on Friday, September 2, 2022. Graveside services will be held at 11:00 AM on Friday, October 14, 2022 at Greenwood Cemetery in Sidney with military honors by the United States Army Honor Guard, V.F.W. Post #610, DAV Chapter #40, and the American Legion Post #17. You may view Michael’s Book of Memories, leave condolences, photos and stories at http://www.gehrigstittchapel.com.

Memorials may be made in Michael’s name to the Lodgepole Valley Youth Camp.

Michael was born December 25, 1952 in Sidney, Nebraska to Charles Louis and Elsie Dena (Domeier) Hawkins. Michael graduated from Sidney High School with the Class of 1971 and attended WNTC in Sidney receiving an automotive technician degree. He served in the United States Army from October 16, 1985 until his honorable discharge on October 5, 1998.

Michael worked at the Cabela’s Distribution Center for over 15 years before moving to Chaska, Minnesota where he worked for the Grist Mills Company. He retired and moved back to Sidney and started his own business – Michael’s Fresh Vegetables & Fruits.

Michael is survived by his daughter Dena and her husband Jason Burgert of Bloomfield, NM; son Mike Hawkins of Merced, CA; two grandchildren; brothers Charles of Aurora, CO, Gary and wife Barbara of Sidney, and Larry and wife Connie of Chappell; and several nieces and nephews.

Michael was preceded in death by his parents and sister Roselee Roberts.