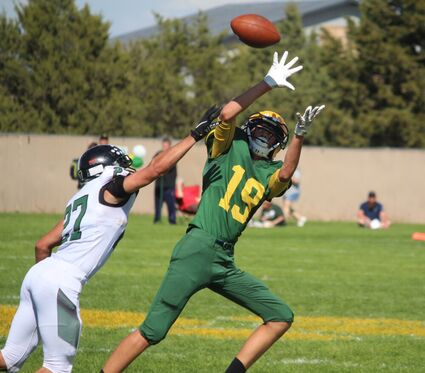 It was Homecoming Day for the Peetz Bulldogs, and after a close first quarter the visiting Fleming Wildcats put up 32 points in the second quarter to cruise to a 57-to-6 win over Peetz.

The loss moves the Bulldogs to 1-and-4 on the season.

Peetz started the game with the ball but were unable to gain any traction against the Fleming defense, and punted for a touchback. After Fleming’s first play went for a touchdown, a penalty called it back, but the Wildcats were able to quickly drive the length of the field and score.

A missed extra point kick made the score 6-to-0, and Peetz got the b...