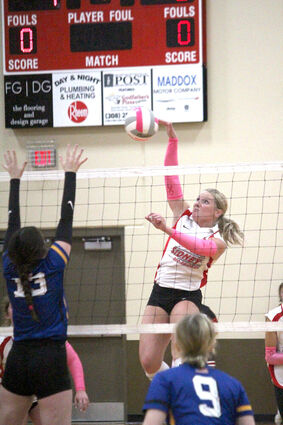 Sidney’s Lady Raider Volleyball team wrapped up their regular season campaign on Tuesday, October 18, with a three-set sweep over Gering at Sidney High School. The victory moves the Lady Raiders’ record to 25-and-6 for the year, giving them the number 1 seed for the Subdistrict tournament that started on Tuesday in Sidney.

The match against Gering featured a slow start in the first set for the Lady Raiders, followed by a furious comeback when the Lady Raiders took control of the set and rolled past Gering for a 25-to-21 win. The second and third sets were not as competitive, with Sidn...