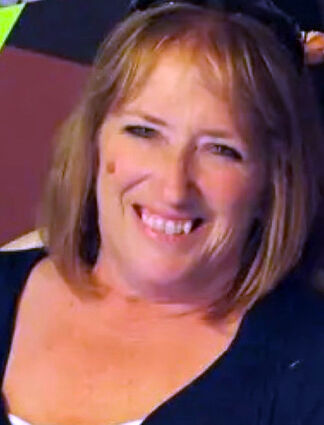 Per her wishes, cremation has taken place and no services are being planned.

Holechek-Bondegard Funeral Home and Cremations in Oshkosh is serving the Sanford family.

Ricca Miller Sanford, oh how she hated her name. Even worse if someone mispronounced it, “Ree-kah” instead of Rick-uh.

Born to Twyla Matilda and Richard Harlan Patten on February 24, 1956, in Seward, NE, she was the first of four siblings. Her parents combined their first names to give her the one of a kind name, Ricca. Her middle name, Miller, paid homage to Twyla’s maiden name. It wasn’t long before she was joined by her siblings. First came sister, Wendy, then brothers Phil, and later Rich.

Her early years often found Ricca at odds with her father. A rebellious spirit, strong sense of self, a dreamer’s heart, and mind full of passion and drive, she was a force to be reckoned with, if not a little ahead of her time.

She met her husband, Steven Patrick Sanford, when she was in her senior year of high school, and they were married that same year on September 22, 1973.

The pair quickly had a family of their own, daughters, Heather, and Nicole.

In spite of being young parents Ricca, and Steve worked hard, eventually owning and running a successful heating and air business in Loveland, Colorado. In addition to her mind for business, Ricca also organized and played on local softball and volleyball teams throughout most of her adult life, alongside her husband Steve, friends Sheryl Lake and Linda Arndt, and her daughter Heather. She made time to escape at least to Lake McConaughy a few times a year, and on more successful years she even made a few memories in Rome, Hawaii, and Mexico.

She was always happiest when she was spending time with her dogs, playing in the water, tending to her outdoor flowers in the spring, summer, and fall, or sharing stories and laughter with her children, grandchildren, and eventually great grandchildren.

As she lost her battle with cancer on October 30th, there were Hallmark Christmas movies playing in the background (one of her favorite parts of the holiday season).