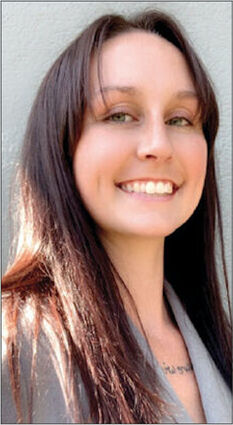 The big race that was being watched in Cheyenne County on Election Day was for the Cheyenne County Assessor. Normally an assessor's race is not a very high-profile office, but over the past year there has been much attention drawn to the assessor's race due to members of the community expressing dissatisfaction with the financial direction of Sidney.

After the election, the unofficial results were posted and Hajek received 2260 votes versus Keller's 1017.

Jordan Hajek was formerly the Cheyenne County Deputy Assessor, and obtained over 870 signatures via Petition to get on the ballot for the election. When Hajek announced for County Assessor, she was contacted by David Jansen, who runs the popular Bring Back Sidney Facebook page.

"After our discussions, it is my opinion that the Jansens want someone that will listen, understand and clarify the process for valuation in Cheyenne County.  The lack of communication and education about the valuation procedures are the biggest issues within the community," said Hajek.

Although Hajek says the Jansen's of Bring Back Sidney are addressing many issues in Cheyenne County, and Hajek and the Bring Back Sidney community may not agree on all topics, they do agree that main goal is to maintain a working relationship and with clear communication.

David Jansen became involved with the Assessor's race when he disagreed with tax assessments made on the Sidney Arts Center building, which Jansen owns. "We kept getting our taxes raised on our building when we were doing nothing with it. Our building doubled in value while it was empty during the COVID-19 pandemic. All we wanted to do was move a business here," Jansen said.

Jansen said that the appraisals, five over the past three years, made sense. Jansen spoke out about this issue on the Bring Back Sidney Facebook page, and then received hundreds of stories and emails from residents echoing the same experience.

"We decided to work for change, and are very happy with the community's reaction. There is positive change coming to Cheyenne County, and you can see it clearly in the numbers from this election."

Jansen also expressed frustration with the County Commissioners, and decided to start a recall movement. "This started back in September when the commissioners didn't listen to the people at the LB644 hearing (the Adopt the Property Tax Request Act)." Jansen was frustrated with the commissioner's intent to raise taxes to create a savings account for the county during an economic downturn. The recall was delayed because Dr. James Popovich came forward as a candidate for District 3 Commissioner. Popovich was a write-in candidate, and did very well considering he only had 30 days to campaign and had the disadvantage of being a write-in candidate.

"We are planning on moving forward with the recall in the Spring, as the numbers are there. Cheyenne County needs new leadership with new ideas," said Jansen.

Hajek, with the support of the Bring Back Sidney movement as well as support throughout the community reflected on election night. "I spent the night watching for the results until about 11 p.m., but when I woke up the next morning I was inundated with messages from my supporters congratulating me. I am very thankful to everyone who supported me along the way," she said.

Melody Keller reacted to the election results, saying "Being elected by this community that I love so much was a great honor. I worked hard to make the Assessor's Office more welcoming and looked forward to when people would stop by to ask questions or just to say "Hello". Although I was happy for the sellers of the properties, seeing properties selling for upwards of three times what they were valued for made me worry for those who are not planning to sell. Assessors are required by law to be within 92 and 100 % of market value for residential properties so valuations could continue to have to rise."

She also said, "I have the most amazing supporters anyone could ask for, and many have reached out to me just to give their support."

When asked about what kind of challenges Hajek will face that she not be anticipating, Keller responded by saying, "Between working nights and weekends and traveling for training being the Assessor takes a lot of time away from your family. Statutes are ever changing and people will challenge your decisions.  Assessor takes a lot of dedication, especially in a county that has had drastic changes in economic status."

Keller took the last weekend off to drive across the county and take in the beautiful scenery and not have to worry about values and valuations. She says she has a few good prospects for the future and looks forward to being able to spend more time with her family. She added, "Again, thank you for all those who have believed in me. Your friendship means the world to me. God Bless."

Hajek is prepared to start immediately, and her top priorities are to have depreciation schedules up and running for all structures, to break Sidney out into neighborhoods, review rural properties and make changes based off the views of the rural community conversations she had during her meet and greets. She stressed the purpose of her campaign was based on what the community needs and deserves and to give residents a chance to ask questions and understand the process for valuations. 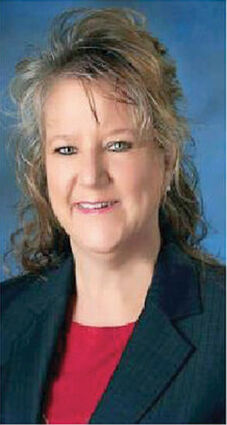 She also said the key to getting the entire county back on track for growth and prosperity is to open the lines of communication between citizens and county government. She mentioned the most common comment she heard while running was the fear of asking questions, and that fear has led to a lack of involvement in the community.

Change is coming to Cheyenne County government, and robust election turn out and community participation in the issues affecting the county signals more involvement and awareness of our economic issues and the desire of the community to reinvigorate Cheyenne County in a beneficial way for all residents.