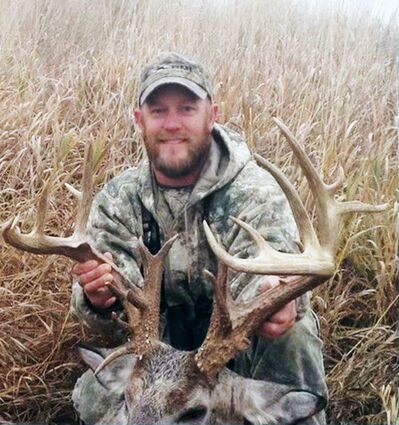 Mark Didier, 45, of Bridgeport passed away on November 13, 2022 following a short and aggressive fight with cancer. Mark was born on September 15, 1977 to Don and Deanne Didier. He graduated from Bridgeport High School in 1996. Mark worked at Progress Rail for 20 years before venturing out to start Mark Didier Taxidermy and Goose Down Outfitters.

Mark had an unmatched love and passion for the outdoors. As a child, he would explore the land and the North Platte River for hours searching for signs of animals or good fishing holes. Sitting in a desk at school was a challenge, but he could sit motionless behind a bush or in a deer stand waiting for a deer, turkeys, or a coyote to pass by. He went from carrying around a cap gun as a toddler to becoming one of the most highly skilled hunters and marksmen in Nebraska.

Mark started Goose Down Outfitters to share his passion, skill, and success as an outdoorsman with others. He showed unbelievable patience and encouragement to young and novice hunters, and he inspired and challenged seasoned hunters. Through Goose Down Outfitters, Mark enjoyed getting to know people from around the country. Mark effortlessly turned strangers into friends and

had a lot of happiness and joy from his lifelong friendships.

Mark and his girlfriend Jennifer had dreams and plans to grow and expand the business, including adding a new year-round lodge. The lodge is nearing completion, but another big goal was accomplished-Mark and Jennifer were married in an intimate in-home wedding on November 4, 2022.

Mark was preceded in death by his grandparents, John and Lucille Didier; Bob and Donna Swanson; and uncles, Dan Swanson and Steve Darr.

In lieu of a traditional public memorial service, a celebration of life event will be planned and announced for spring or early summer 2023. Fond memories for the family and online condolences may be left at http://www.bridgeportmemorialchapel.com