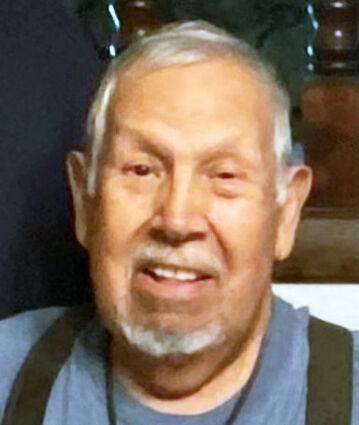 Percy M. Herrera, age 91, of Sidney, passed away on Wednesday, November 16, 2022 at Sidney Regional Medical Center Extended Care in Sidney, NE. A Mass of Christian Burial will be held at 10:00 A.M. on Tuesday, November 22, 2022 at the St. Patrick's Catholic Church in Sidney, NE with Father C.P. Varghese officiating. Services will be live-streamed on the Gehrig-Stitt Chapel Facebook page and recorded for later viewing on our website. Interment will follow at the Greenwood Cemetery in Sidney.

Friends may stop at the Gehrig-Stitt Chapel on Monday from 1-6:00 P.M. to sign Percy's book.

You may view Percy's Book of Memories, leave condolences, photos and stories at http://www.gehrigstittchapel.com.

Percy was born September 22, 1931 at Lyman, Nebraska the second to the oldest of 10 children born to Ralph Jose, Sr. and Maria Candelaria (Marez) Herrera. He met Maria Guadalupe Delgao from Garden City, KS in Sidney and they were united in marriage on December 22, 1952 in Dalton, NE. They lived at Sioux Army Depot 11 miles west of Sidney from 1952-1957 where he worked on Army vehicles and with general supplies.

The couple moved to Sidney where they made their home. In 1966, Percy retired from Civil Service because of a back injury he received in 1960. He then worked various jobs. In 1973 he was employed by the City of Sidney until retiring.

Percy enjoyed fishing, planting his flowers and working in his yard. One of his favorite past-times was driving around town in his 1950 Ford that he loved. Percy liked having family get togethers and picnics in the backyard.