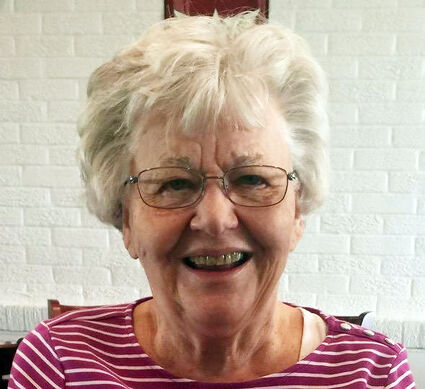 Janice C. Bagnell, 83, of North Platte, passed away peacefully on Monday, December 5, 2022 at Linden Court. She was born on March 22, 1939 in Linn, KS at home on the family farm, the daughter of Rudolph and Esther (Ohlde) VonLehe.

She was baptized on the family farm and attended Zion Lutheran School in Linn, KS for grade school. She was confirmed in the Zion Lutheran Church on March 29, 1953 and graduated from Linn High School in 1957. She attended Clarks Business School in Topeka where she met her future husband Tom, who was stationed at Forbes Air Force Base. On November 1, 1959, Janice was united in marriage to Thomas F. "Tom" Bagnell, Jr. in Linn, KS. The couple lived in Linn, KS, Burlington, MA and Washington, KS before moving to North Platte in 1979. Janice worked as a bookkeeper for various businesses in her early years until she started working at the Washington County Hospital in the late 1970's, where she developed an interest in medical records, transcription, and coding. She pursued a home study course and became an accredited records technician in 1980. She spent the rest of her career at the Great Plains Hospital in North Platte in the medical records department. Janice enjoyed her family and cooking for them. She had many quilting and sewing projects and looked forward to fishing and traveling with her husband.

She was preceded in death by her parents, and by her husband Tom. Memorials may be made to the family for future designation. Online condolences and sharing of memories may be expressed to the family at http://www.carpentermemorial.com.