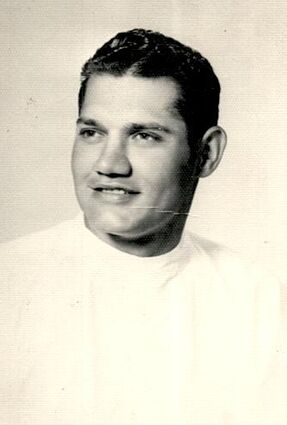 Allen Fredrick Blomenkamp, 90 of Broadwater, Nebraska passed away Monday, December 26, 2022 at Morrill County Community Hospital in Bridgeport with his family by his side.

Allen was born May 10, 1932 in Keystone, Nebraska to Fredrick "Fritz" and Wilma (Shaw) Blomenkamp. He attended schools in the Ogallala area and upon graduation from High School he was drafted by the US Army and served in Germany as a Medical Tech. He was honorably discharged in 1953. In 1955, he enrolled at Mary Lanning Memorial Hospital School of Nursing graduating in September 1958. In May of 1959, he enrolled at Minneapolis School of Anesthesia graduating in August 1960. He practiced as a nurse anesthetist for 44 years in hospitals in Nebraska and Colorado, the longest was at Sidney Memorial hospital for 22 years.

He married Carrol Kurkowski in October 9, 1955 at Grant, Nebraska. Two sons were born to this union, Mark and Michael.

He was a member of King of Kings Lutheran Church in Scottsbluff, Nebraska. His faith was important to him.

Allen enjoyed working on the farm with his son Mike. He was a skilled carpenter. He enjoyed fishing and was an avid baseball fan and bowler.

He was preceded in death by his parents, son Mark, brother Ray, sister Ilene Blomenkamp and sister-in-law Harreette Kurkowski.

At his request, cremation has taken place and services will be held in the spring of 2023. In lieu of flowers, memorials may be given to the Broadwater Volunteer Fire Department or MCCH Foundation. Fond memories and condolences may be left at http://www.bridgeportmemorialchapel.com. Bridgeport Memorial Chapel is assisting the family with arrangements.