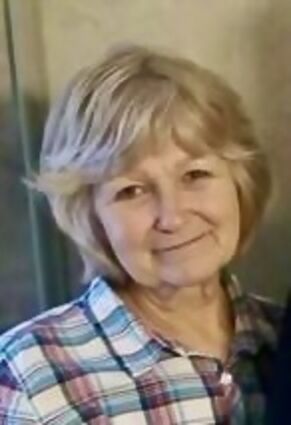 Julia "Julie" E. Anciaux, age 77, of Sidney, passed away in Sidney, NE on Friday, January 6, 2023. A Wake Service will be held at 6:00 P.M. on Thursday, January 12, 2023 at St. Patrick's Catholic Church in Sidney, NE. A Mass of Christian Burial will be at 10:30 A.M. Friday, January 13, 2023 at St. Patrick's Catholic Church with Father Lou Nollette officiating. Burial will follow at Greenwood Cemetery in Sidney. Services will be livestreamed on the Gehrig-Stitt Chapel Facebook page and recorded for later viewing on our website.

Friends may stop at the Gehrig-Stitt Chapel on Thursday from 1-4:00 P.M. with family present from 1-2 pm to leave condolences for the family. In lieu of flowers, the family has requested memorials to St. Patrick's Church, Sidney, Nebraska.

You may view Julie's Book of Memories, leave condolences, photos and stories at http://www.gehrigstittchapel.com. Gehrig-Stitt Chapel & Cremation Service, LLC is in charge of Julie's care and funeral arrangements.

Julie worked as a telephone operator at Northwestern Bell starting at the age of 16 and moving to part-time as she had her family until leaving to be full-time at home. Later, Julie served as the bookkeeper for Jack's shop, A-1 Sports and Repair. However, her greatest joy was her role as a wife, mother, grandmother and great-grandmother. Faith and family were most important to her.

Julie was a devout Catholic and an active member of St. Patrick's Catholic Church. She routinely attended daily Mass with Jack, and took on other responsibilities at the church including cleaning, replacing prayer candles, and taking a lead in the parish prayer chain.

Julie met her husband, Jack when she saw him in a lane beside her at a stoplight on Illinois St in Sidney, NE in April 1962. At that time, she told her sister, "I'm going to marry that guy." They were married on April 19, 1965 at Fort Eustis VA, in the Army Chapel.

She was preceded in death by her parents and grandparents.