Martinez to be spared death penalty 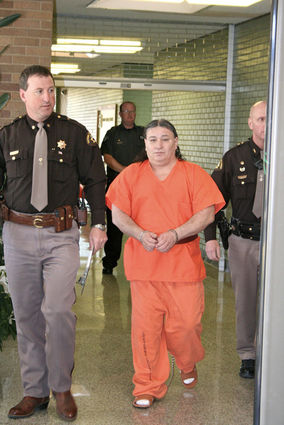 Accused murder Larry Martinez is escorted to the Cheyenne County courtroom Thursday morning by Cheyenne County Sheriff John Jenson. County Attorney Paul Schaub indicated that he is amending information regarding murder charges against Martinez, and will not pursue the death penalty in the case.

Cheyenne County Attorney Paul Schaub indicated this morning that he is amending information regarding murder charges against Larry Martinez, and will not pursue the death penalty in the case.

Originally, Schaub had intent to move forward with Class I first-degree murder and Class IC use of a firearm to commit a felony.

However, Schaub informed the court that he was filing a second amended charge of Class IA first-degree murder.

In the amended charge, Schaub stated that after speaking with other attorneys experienced in death-penalty cases, and after reviewing additional facts plus performing some legal research, he was convinced there was no longer sufficient admissible evidence to support the death penalty in the case.

The Class IA charge, upon conviction, would result in life without parole for Martinez, 53, who is charged with the July 18 murder of Mandy Kershman, 30.

As a result of the amended information, Breen filed requests to withdraw motions to quash and suppress statements made by Martinez to investigators.

Breen also requested that Martinez be arraigned on charges that will be included in Schaub’s second amended information. Weimer granted the request, and set Martinez’s new arraignment for Tuesday at 8:30 a.m.

In the second high-profile hearing this morning, Chicagoland truck driver Josef Slezak — also being represented by Breen — refused to enter a plea this morning to nine felony charges filed against him in connection to a multi-car accident that left four people dead.

An unborn child was also involved.

Slezak, of Czech decent, had the charges read to him telephonically by an interpreter. Once the counts were read, Weimer asked for an entry of plea from Breen. 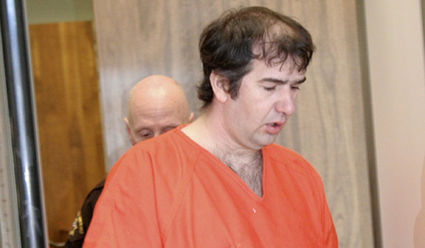 Breen then indicated that his client was standing mute, to which Weimer entered not guilty pleas to each charge.

Schaub is contending Slezak had fallen asleep at the wheel — and was in violation of the federal “in service” limit of 11 hours on the road — in the early morning hours of Sept. 9, when his truck crashed into a line of stalled traffic from an earlier accident on westbound Interstate 80, near the 40-mile marker west of Sidney.

As a result of the crash, Diana R. Schmidt, 28, and her husband, Christopher Schmidt, 30 — driving separate vehicles while relocating to California from Maryland — were killed, as were their two children, Samuel Donavan Schmidt, 3, and Conner Bradley Schmidt, 2.

Both children were traveling with their mother, who was also carrying an unborn child.

Weimer then ordered the case into trial mode, with a status hearing set for 60 days out, on April 3 at 8:30 a.m.

If convicted, Slezak faces up to 20 years’ imprisonment on each Class III count, and a possible fine of up to $25,000 on each charge. The IIIA and IV counts each carry terms of up to five years and a fine of up to $10,000 each.