By Rob Langrell and Ryan Hermens 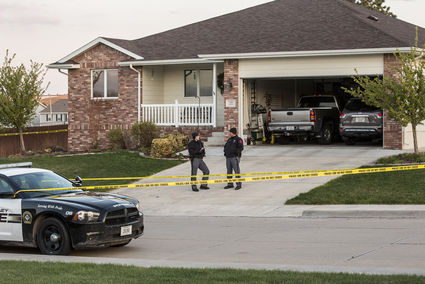 Two Nebraska State Patrol troopers stand outside the residence where a man was shot and killed by police on Sunday evening in an apparent domestic dispute.

An apparent domestic dispute turned deadly Sunday evening in a quiet neighborhood near the Hillside Golf Course in Sidney.

A woman is hospitalized with stab wounds and her husband was killed by gunfire from a Sidney Police officer responding to a 911 call from the residence shortly before 7 p.m.

As Sidney Police arrived at the home on Clark Drive near Summit Drive, which sits in the shadows of the fairways of the Hillside course, Leasa Hlavinka was seen bleeding from her wounds and running away from the residence.

Officers entered the home and confronted her husband, 44-year-old Dana Hlavinka, who was armed with a knife. He was fatally shot by officers, according to Cheyenne County Attorney Paul Schaub in a statement released Monday morning.

Leasa Hlavinka, who is a local dentist and owns LifeSmiles of Sidney, was transported by ambulance to Sidney Regional Medical Center. She was later airlifted to a trauma center in the Denver area. She was stable and resting Monday, according to a Facebook post at 1 p.m. by LifeSmiles' office manager Lindsey Huck.

The Hlavinkas' two young children were not at home at the time of the incident, according to multiple sources familiar with the case but who asked not to be identified. Those same sources said the children were at Leasa Hlavinka's mother's home at the time because Leasa was telling her husband on Sunday that she wanted a divorce.

Most of the Hlavinkas' neighbors did not want to comment at the scene Sunday night. Some who wished not to be identified said they were unaware of any domestic issues or marital problems in the household.

The Cheyenne County Sheriff's Office and Nebraska State Patrol responded to the scene following the officer-involved shooting and will also be investigating.

Schaub said he will ask District Court Judge Derek Weimer to convene a grand jury a appoint a special acting county attorney to review the matter.

"Anytime there is a possible conflict, you have to step aside," Schaub said. "Ethically, I can't be involved in a matter like this when it involves the local police."

Sidney Police Chief BJ Wilkinson said he could not release the names of the officers involved in the shooting.

"I can't really comment on anything until the investigation by the NSP and coroner's office concludes," Wilkinson said. He added that it would be up to the Nebraska State Patrol to release the names of the officers.

Dental assistant Cherie Stone was manning the offices and the phones at LifeSmiles on Monday, but she said they were not seeing patients. She said she didn't want to answer reporter's questions.

Dana Hlavinka was a registered nurse anesthetist and had worked at several clinics locally. While an Internet search shows him currently employed at Sidney Regional Medical Center, the hospital's Director of Public Relations Evie Ranslem-Parsons said his employment there ended in April 2014.

Dana Hlavinka has had multiple run-ins with police over the past two decades. 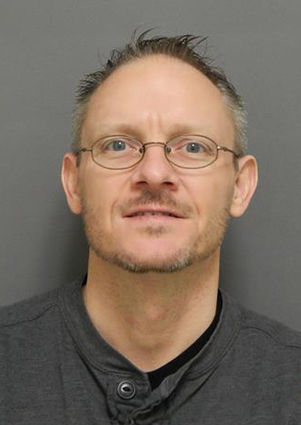 He is a registered sex offender stemming from a conviction in Jefferson County, Colorado, on Dec. 20, 2013. He was found guilty of unlawful sexual contact with no consent, sentenced to nine months in jail, fined and ordered to register as a sex offender.

Additionally, he has a conviction of drinking on public property or a public roadway in May 2000, leaving the scene of an accident without reporting within 12 hours in April 1999 and traffic convictions in four different Nebraska counties.

He was divorced from the former Lisa Hullinger in a case in Buffalo County in February 1998 when the couple lived in Kearney, Neb. Hullinger asked for and was granted a protection order related to domestic abuse by the Buffalo County courts in August 1997.

I really appreciate the human detail in this article. Such detail is commonly withheld for someones idea of common good or someones idea of taste or ethics. As tough as life is, we all learn from each others errors. We should not hide these events.