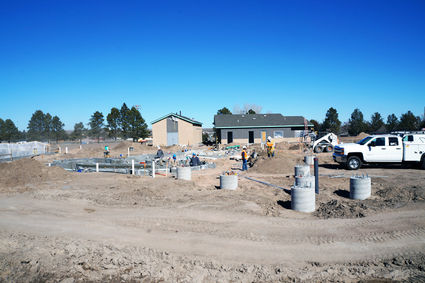 The new Sidney Aquatic Center is well on its way through the construction process. The pool is projected to open on Memorial Day weekend.

The finance agreement for the aquatic center from U.S. Bank was unanimously approved. The loan, at $4 million, has a maturity date of May 1, 2024. There will be annual payments of about $460,000 for the next eight years.

The council decided to seek the loan from U.S. Bank after its bonding agency, Ameritas Investment Corp., in December said it would not sell bonds to fund the aquatic center due to uncertainty with Cabela's. In the Dec. 22, 2015, council meeting, Mayor Mark Nienheuser said the city sought financin...

The pool is a good thing for the kids of the area. The financing change is a big mistake by the elected officials on the council and any additional taxes are unfair to the citizens. My opinion is that the day rates are extremely high (outrageous for a public pool). At those prices, many deserving people (both children and adults) will not be able to use the facility. Also, many people coming to our community will not be able to afford these prices. Mike Mitchell Educator