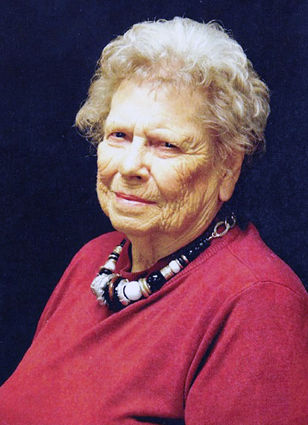 Loretta May Borges, 89, passed away at Sidney Regional Medical Center Extended Care in Sidney on Thursday, Feb. 18, 2016. Funeral services and inurnment will be held at 2 p.m. on Thursday, Feb. 25, 2016, at Weyerts Immanuel Lutheran Church east of Gurley with Pastor Eric Alm officiating. There will be no visitation at the funeral home as cremation has taken place. Memorial contributions may be made in Loretta's name to Weyerts Immanuel Lutheran Church or to the donor's choice. Gehrig-Stitt Chapel & Cremation Service, LLC. is in charge of the arrangements.

Loretta May (Harrold) Borges, daughter of Gordon Harrold, was born March 30, 1926, in Kearney. Following the death of her father, Loretta was adopted and raised by Harry J. and Anna M. (Bonner) Harrold. She briefly attended elemen­ta­ry school in Wood River, before the family moved to Salem, Ore. Follow­­ing a later move to southern California, Loretta graduated from Compton High School and attended Compton Junior College.

She met Harold H. Borges in Compton, Calif., through mutual family friends. Harold and Loretta were married on Sept. 23, 1945, and shortly thereafter moved to Dalton, where Harold operated a service station for a brief period. They later moved to the family farm east of Dalton where they lived for over 50 years and raised their family. Loretta was a mother, housewife, and friend to all in the Weyerts and Dalton communi­ties. Loretta was very active in Weyerts Immanuel Lutheran Church, both teaching Sunday and Bible School, and singing in the choir. She was an active member of Beta Sigma Phi and also volunteered at Memorial Hospital in Sidney.

The grieving families wish to express their sincere thanks to members of the Weyerts and Dalton communities, Sloan Estates, and to Sidney Regional Medical Center Extended Care for their love and support of Loretta. Though she is now at peace with our Lord and reunited with her deceased husband and family, we all will miss her quick wit, smiles, hugs, and love.