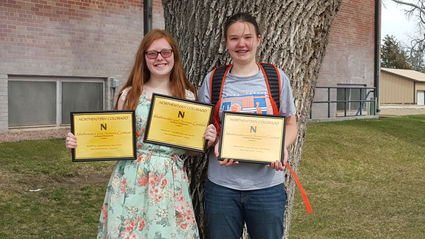 The day consists of an academic competition in which the students each take two tests in either math, science or critical thinking. They compete against students from at least 20 other schools from Colorado and Nebraska.

Students test scores are compared to the scores of other students in their grade and awards are given to the top three places in each. Creek Valley had two students receive awards, with Ashleigh Jay placing first...