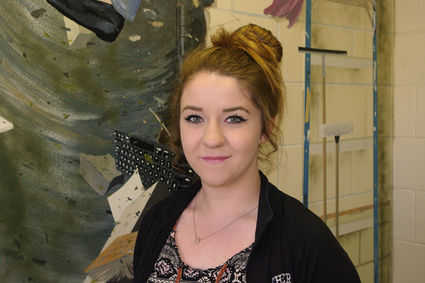 For Joellyn Straber, being named salutatorian for the Creek Valley High School Class of 2016 was the payoff to her years of studying and sacrifice.

"I worked for it," she said. "I can definitely say that. I just did what I did."

Joellyn is the daughter of Shawn and Valerie Straber and the middle child in her family, with two older sisters and two younger sisters. She was born in Wheatridge, Col., and moved to Chappell while she was in the first grade.

Joellyn said she keeps herself busy with "a lot of extracurriculars," such as the FFA, the FCCLA, where she was this year's president, the sc...