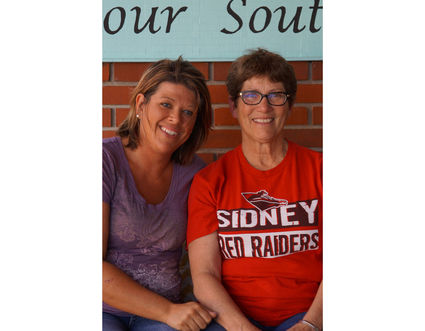 Kim Hofrock (left) will be taking over as Director of Cool Kids Club when Colleen Langdon (right) retires from the position in June.

For 15 years, Colleen Langdon has been a staple in the Cool Kids Club (CKC) Program. From its inception, Langdon has helped the program expand and flourish into what it is today.

Langdon said the grant to start CKC was written in 2001. At the time Langdon was unaware that the position as Director of the program was going to be available, or that those who started the program had hopes that she would take it.

"At the time my husband was told that the grant was being written, and it might be a job that I might enjoy, but not to tell me," Langdon said.

A Director for an after school program li...