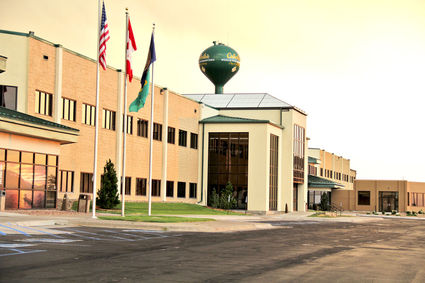 The most recent expansion of Cabela's corporate headquarters could see fewer people in it soon, after employees were given options to voluntarily leave the organization with added severance offers. Those wanting to take the buyout must do so by March 1.

For months since the announcement that Bass Pro Shops purchased Cabela's, uncertainty has hovered over Sidney like a cloud.

"What's going to happen on the hill" has been the question many have tried to guess as they hope for their future in Sidney.

That was confirmed Tuesday by Bass Pro spokesman Jack Wlezien, who said that while there might be some exceptions due to individual circumstances, "for the most part, everyone got one."

The severance packages included a one-time payment of $40,000 to employees over 50 or with more than 10 years of service. Those younger than 50 or with less than 10 years were offered a $20,000 payment.

The offers are in addition to the company's normal severance package, reported to be two weeks of pay for every year of employment.

Those receiving the offer have until March 1 to accept, or presumably they would be released with less favorable severance packages. Program participation has to be approved by senior management, which the letter said will be looking toward the company's best position as it moves forward.

Wlezien said the option, in part, will allow needed cuts to be made in part by the choice of employees.

"For people who are looking at early retirement or don't want to move on with the new company, this is an opportunity for them to do so," Wlezien said.

Although previous cuts has been made, the move is the first major reduction of Cabela's workforce since the company was purchased by Bass Pro. But it is a move not unexpected.

In a letter to Cabela's employees in December, Bass Pro Owner Johnny Morris said he felt the combination of the companies, Bass Bro with its strength in fishing and Cabela's in hunting, could be stronger than either company on its own.

But at the time he said Cabela's structure, due in part to being a publicly-traded company, was unsustainable and would have to change, whether Bass Pro was in the picture or not. That, combined with the general state of the outdoors industry, would require the combined companies to become as efficient as possible. The company reiterated that position in its latest letter.

It is unknown how many people were sent letters or how many jobs it affects. Employees estimate there are 700-900 people remaining at Cabela's corporate, down from an estimated high of 2,000 several years ago.

Wlezien said the company has not changed its previously announced plan to maintain Sidney-based IT operations, along with "significant" accounting functions.