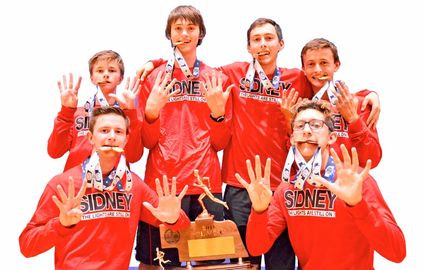 For the first time in school history, the Sidney Red Raiders are State Champions in Cross Country.

An historic season featuring nine wins in a row by the boy's squad was capped by a Class B State Championship. Senior captain Collin Brauer led the team with a fifth place finish, followed by senior Carlos Lucero in 13th place.

Sidney cross country head coach Donna Wiedeburg was thrilled with the effort on the boy's squad.