Making of a Championship Season 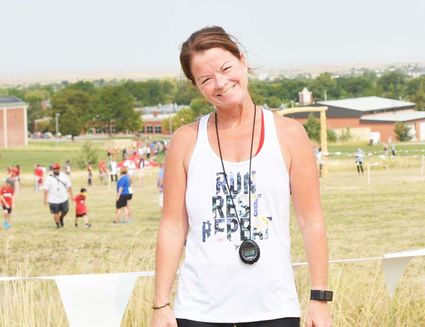 Sidney's Donna Wiedeburg led the boys' cross country team to the state championship in her second year as head coach.

Sidney's Red Raider boy's cross country team won their first state championship title in the school's history this season. Cross country is a sport requiring intense preparation, mental toughness, and the desire to push yourself beyond the limits of exhaustion for success.

Casual observers of the sport often do not realize the amount of work the athletes put in prior to running that race that usually lasts about 20 minutes. Success for a team comes only after countless hours and thousands of miles have been logged in preparation for competitions.

A big part of this success story is the hea...