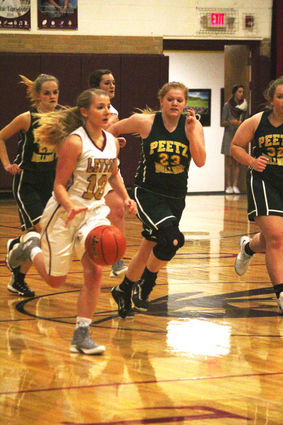 As both the Leyton Lady Warriors and Peetz Lady Bulldogs revamp their teams for the 2018-19 season, the Lady Bulldogs have a much greater challenge ahead. Facing off against the Lady Warriors in Dalton Thursday night, the Peetz team only dressed five of their eight players, with two players unable to make the game because of illness, and another out due to an eligibility issue. The Peetz girls gave it their all, but it wasn't nearly enough as the Leyton Lady Warriors cruised to a 69-to-28 victory at home.