Peetz 3-0 With Win Over Leyton 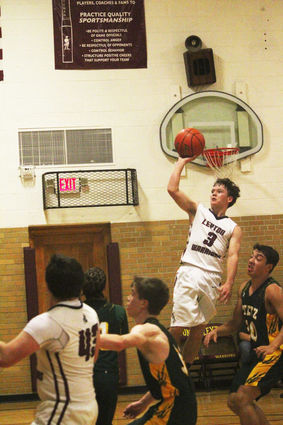 Starting the season with three wins in a row, the Peetz Bulldogs boy's basketball team traveled to Dalton Thursday night to take on a Leyton Warrior team searching for a more effective offensive attack.

Peetz opened the game fast, showcasing the athleticism of seniors Bryson Long, Dominic Naegele, and Zach Holtz while opening a 16-to-2 lead at the 2:21 mark of the first period. As the game moved in to the second quarter, both teams were plagued by sloppy play, with turnovers, fouls, and poor passing combining to slow the scoring. Leyton implemented an agressive defensive scheme to slow the...