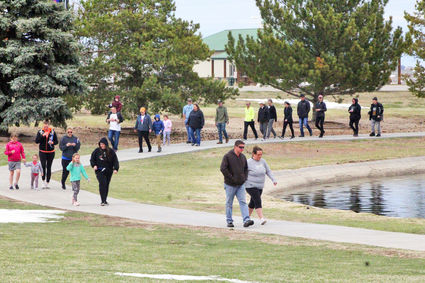 Sunday afternoon, the third annual Walk for Autism was held in Sidney. About 25 years ago, the Autism Society started a nationwide effort to promote autism awareness. The effort is focused on inclusion, self-determination, and to assure that each person with Autism Spectrum Disorder has the opportunity to achieve the highest possible quality of life. An estimated one in 59 births in the US have characteristics of the Autism Spectrum Disorder, according to the 2018 RADDM autism prevalence report by the Centers for Disease Control and Prevention. The report says the number is twice that of 2004 with a rate of one in 125 births, and nearly 1 in 54 boys. Autism Spectrum Disorder is a complex developmental disability with signs typically appearing in early childhood that affect a person's ability to communicate and interact with others.