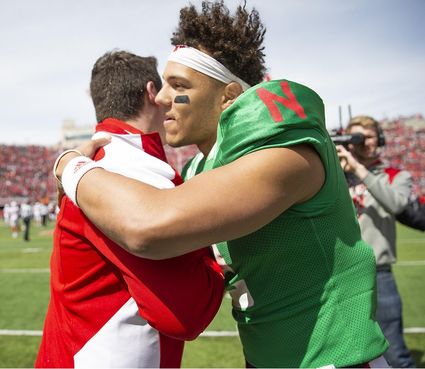 You know you're playing in a spring exhibition when you forget your team allegiances.

Adrian Martinez, the starting quarterback for the Red team in Nebraska's annual Red-White Spring Game on Saturday, celebrated with triumph on the sideline when back-up quarterback Matt Masker completed a 55-yard touchdown pass to Wyatt Liewer.

Masker played for the White team.

"I kind of realized it midway through," Martinez said sheepishly. "I was running down the sideline and I was like, 'Oh man, maybe I shouldn't be doing this.' I tried to play it both ways. It was tough."