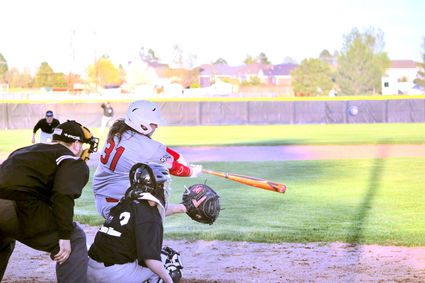 Sidney Legion Senior Isaak Glanz connects for a single during Sidney's 11-to-3 victory against Bridgeport on Wednesday.

Sidney's American Legion Post 17 Senior baseball team opened its home schedule on Wednesday night at Legion Field by defeating the Bridgeport Post 29 Bombers 11-to-3. This marks Sidney's third win over the Bombers, a team that they will face many more times before the season ends.

The Junior teams played prior to the senior contest, with Sindey's Luke Kasten taking the mound and making quick work of the top of the Bombers lineup, retiring the side in order on two groundouts and a fly out. Sidney's offense jumped on starter KJ Bush, with Kasten leading off with a single, followed by two walk...