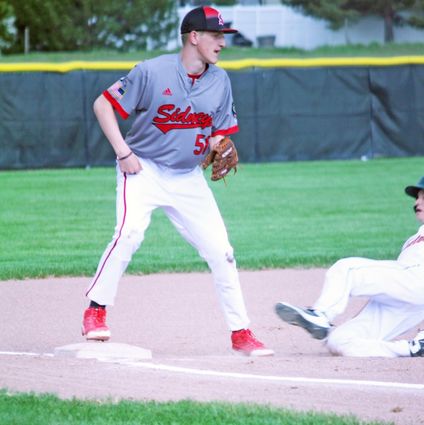 Sidney's American Legion Post 17 Junior baseball team traveled for weekend tournament action, and lost three out of four games away from Legion Field. In the first game Sidney was the designated home team, and faced off against the Cheyenne Post 6 Hawks with Sidney's Luke Kasten starting on the mound. After the first two batters reached base on an error and a single, catcher Nolan Hofrock gunned down two consecutive runners stealing third followed by a groundout turned back the Hawks early threat. Hawks pitcher Ty Lobmeyer shut down the Sidney offense in order in the bottom of frame, regis...