10U Earns Runner-Up at State 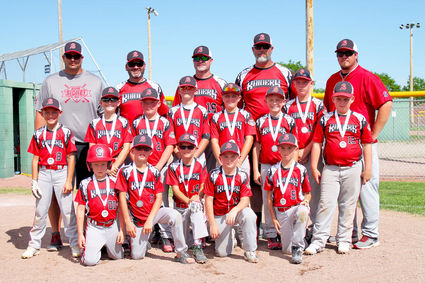 The Sidney 10U baseball team traveled to Scottsbluff over the weekend for the Cal Ripken State Tournament, and came away with a second place showing to end their season with a 28-and-14 record.

The 10U team started the double-elimination tournament on Friday night with a 16-to-9 victory against Chadron. On Saturday they faced a dominant WESTCO squad, and fell by a score of 14-to-0. On Sunday, they were able to beat North Platte by a score of 7-to-2, putting the Sidney squad in the Championship Game against WESTCO. But the Scottsbluff squad was again too much for the Sidney boys, and they lo...