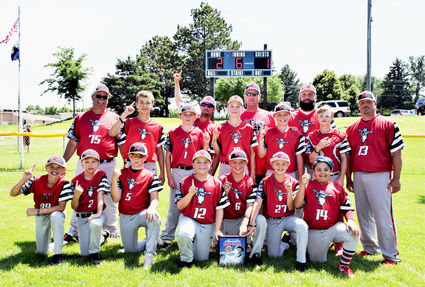 After defeating the WESTCO Bluffs team for the second time on Sunday, the Sidney 11U baseball team ended the weekend undefeated and earned the Cal Ripken State Baseball Championship for the second straight year.

Action started on Friday afternoon in Alliance for the the five team double elimination tournament, with Sidney drawing the host team Alliance in their first game.

After opening with a two run first inning, the Sidney boys got their strokes down and piled up 19 runs to put the contest out of reach. Sidney's Zeb Meyer and Ryder Bane combined pitching performances limited Alliance to...