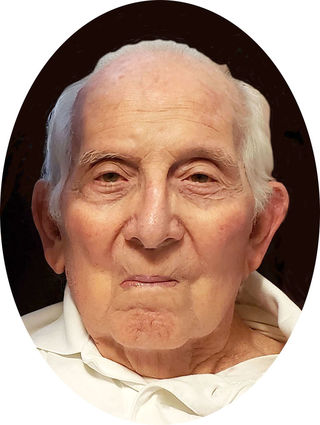 Bob Stegeman, age 89, of Sidney, Nebraska fell asleep in death on Friday, July 26, 2019 in Sidney. Per his long requested wish, no memorial services have been arranged. He will be inurned privately in Greenwood Cemetery next to his loving wife of many years. You may view Bob's Book of Memories, leave condolences, photos and stories at http://www.gehrigstittchapel.com. Gehrig-Stitt Chapel & Cremation Service, LLC is in charge of Bob's care and funeral arrangements.

Bob Stegeman was born on November 15, 1929 in Chappell, Nebraska to William Ray and Rose Agnes (Farrell) Stegeman, the youngest of four children.

In 1942 the family moved to a new home in Sidney, Nebraska. He continued his education in Sidney graduating from Sidney High School in 1948. In 1952 he met Marcelene Louise Thompson of Dalton, Nebraska and they married on November 2, 1953. They raised four children, twins Jerry Lynn and Jeannie Lynne, Jana Marie and Jill Agnes. They were married 41 years when Marcelene passed away in 1995.

During his youth he worked at various jobs including on his sister's farm and at service stations in town. After high school he was employed locally with Minneapolis-Moline as a clerk and worked in the parts department, receiving company recognition for implementing an updated cataloging system. In 1951 he applied for and was accepted as a substitute Postal worker. Later he was employed full-time as a regular Postal employee, first as a letter carrier and later, for many years, as a postal clerk. He was asked to transfer to the North Platte post office but chose to take early retirement in 1977. He owned a janitorial service from 1969 to 2000 where he and family members cleaned a bank building and the local gas company.

In 1967 Bob and Marcelene began associating with the Sidney Congregation of Jehovah's Witnesses. Together they shared in conversations and Bible studies with numerous people in Cheyenne County until their deaths. He assisted many congregants and was known and deeply loved by fellow worshipers throughout the panhandle area and beyond. He enjoyed completing projects on his home and was known for his mild manner and kind heart.

He was preceded in death by his parents, his three siblings, Mable Brake, Alice Keime and Bill Stegeman, his wife Marcelene, his daughter Jill Stegeman, two grandchildren and one great-grandchild.