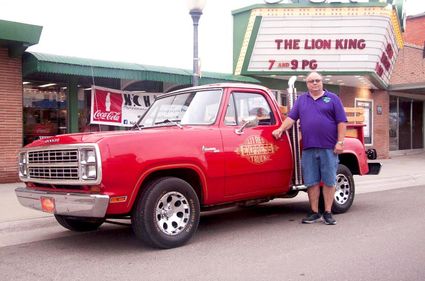 Owning one has been a passion of John Phillips since then.

He first got a close-up look at one when he and a friend stopped at a Dodge dealer in Grand Junction, Colo., in the summer of 1979. They didn't have the fee to test drive it, much less the purchase price, but convinced the salesman to let them test drive it.

That was then. Life moved on. He got married and became the owner/operator of the movie theater. But the young man's dream of owning a pickup with a blend of th...