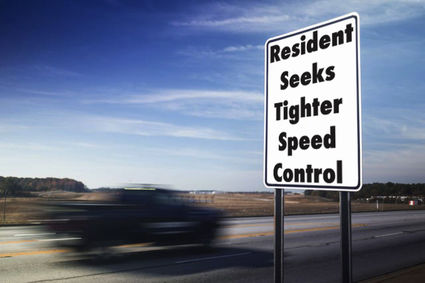 As the City of Sidney is reviewing, speed zones and traffic controls within the city limits, one resident approached the city council to post more traffic signs.

Mindy Estrada, who lives with her family on Summit Drive, asked the City to post a speed limit sign that can be seen by traffic westbound from 11th Avenue. Her concern is the number of vehicles she has seen traveling at what she considered a high rate of speed. She has talked with the sheriff's department regarding a speed monitoring sign that was used a few blocks northwest and has since been moved to Verde Lane facing east. Polic...