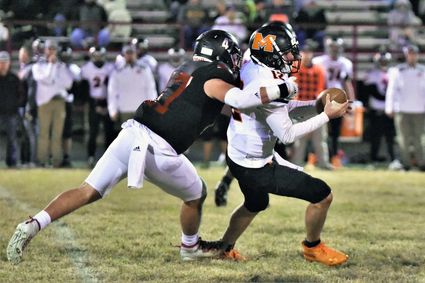 Sidney's Red Raider Football team ended their season at home with a 26-to-13 loss against the visiting Mitchell Tigers in a game that had Sidney leading at halftime.

The Raiders gave up a 20 yard touchdown run on Mitchell's first drive to fall behind 6-to-0, but quickly rebounded with a scoring run of their own to tie the game at 6-to-6. In the second quarter, the defense played well, limiting the Tiger's offensive production and allowing no points while the offense again cashed in on sophomore Nathan Kennedy's touchdown reception to take a 13-to-6 lead into the half.