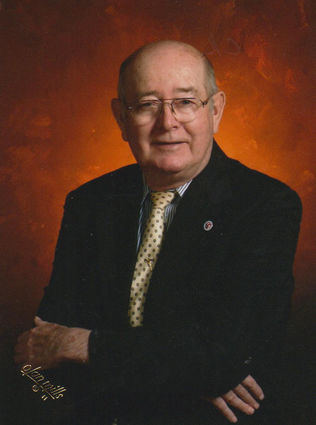 Jack Shirl Flohr, 82, of Sidney was reunited with his wife and family in heaven on November 17th, 2019.

Funeral services will be held at 2:30 P.M., Monday, November 25th in the Holy Trinity Lutheran Church in Sidney with Pastor Leon "Bud" Gillespie officiating. Cremation has taken place. Inurnment will follow in the Greenwood Cemetery. Friends may stop at the Gehrig-Stitt Chapel to sign Jack's register book and leave condolences for the family. Memorial contributions may be made in Jack's name to Nebraska Game & Parks Foundation to support "Take Me Fishing and Lifetime Hunt & Fish Permits" for Youth. Mail in care of Jay Flohr to 1255 Summit Drive, Sidney, NE, 69162.

You may view Jack's Book of Memories, leave condolences, photos and stories at http://www.gehrigstittchapel.com. Gehrig-Stitt Chapel & Cremation Service, LLC is in charge of Jack's care and funeral arrangements.

Jack graduated from Sidney High School in in 1955 where he excelled in mathematics, basketball, track & field. After graduation, Jack gained employment at the American National Bank as a teller on October 21, 1955. He later assumed the role of Senior Vice President after completing extended education at the University of Colorado-Boulder. Jack eventually retired from his 44-year banking career where he made lasting relationships.

In 1961, Jack enlisted in the US Army- National Guard. He was skilled in marksmanship, navigation and artillery where he progressed in service until an honorable discharge in 1966.

In the 60's, Jack also met the love of his life (Shirley) to which brought a 52-year marriage.

Jack was a meaningful, yet, very silent contributor and advocate of the community. These vacancies have not been immediately felt. However, his smile, wit and sense of humor are noticeably absent.