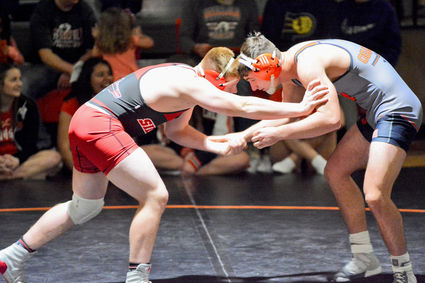 Sidney's Red Raider Wrestling team came back from the holiday break to travel to Ogallala for dual meets against the Indians and the McCook Bison. After dropping the first dual against McCook 54-to-30, the Red Raiders rebounded and fought hard against the Indians for a 36-to-36 tie, but Sidney took the victory on criteria points.

Sidney Head Coach Beau McConnell said, "Although our team was not at full strength due to some injuries we competed well against our district opponents.For our first meet after break we wrestled well but there is still a lot to improve on as move into the second...