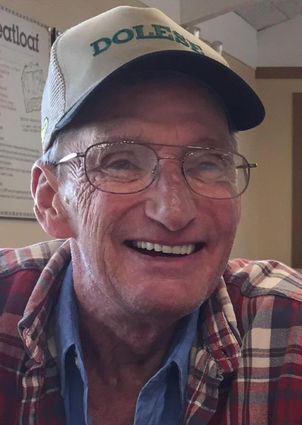 David R. Henkle, age 67 of Sidney, NE passed away Thursday, February 27, 2020 in Sidney where he lost his battle with cancer.

Funeral services were held at 11:00 A.M., Wednesday, March 4th in the Gehrig-Stitt Chapel. Burial with Military Honors will follow in the Greenwood Cemetery. You may view David's Book of Memories, leave condolences, photos and stories at http://www.gehrigstittchapel.com. A complete obituary will be published when available.

David Ray Henkle, son of Ralph Henkle and Maxine Knapp-Wilson, was born on November 20, 1952 in Sidney, NE. After graduating from Sidney High School in 1972, David joined the military and served in the Army. His service to our country took him to Germany. After returning from the service, David was his own kind of modern vagabond throughout his life. David worked many different occupations. Most of the jobs he took required him to use his hands: drilling water wells, welding, road construction, city street maintenance, and construction. Most of his years were spent in the oil fields of Wyoming and Utah. He was a resident of Jones, OK until moving back home to Sidney to be closer to family.