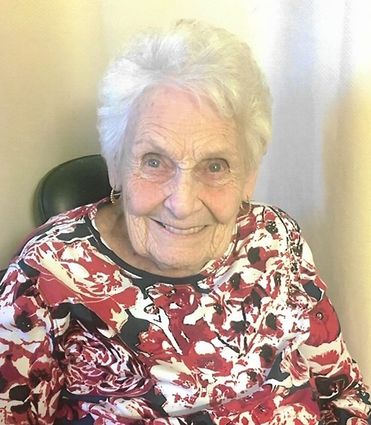 Evelyn M. Bricker, age 92, of Sidney, NE passed away March 31, 2020 at Regional West Medical Center in Scottsbluff, NE. She was a current resident of the Western Nebraska Veterans Home in Scottsbluff.

Evelyn was born in Sidney March 7, 1928 to Harvey S. and Rose G. (Zalesky) Vizina. She graduated from Sidney High School in 1946 and worked for Northwestern Bell Telephone Company for five years. In 1947 she married Robert E. Jobman. To this union four sons were born; Rodney, Russell, Robert, and Randy. On November 3, 1954, 3 days after the birth of son Randy, her husband Robert was killed in a fatal truck accident. In 1956 she married James A. Bricker. To this union two children were born; Evie and James A. II.

Evelyn and Jim resided in Sidney until their move to the Western Nebraska Veterans Home in December, 2007.

Evelyn was a life member of the First United Methodist Church, Epsilon Sigma Alpha Sorority, and the Order of the Eastern Star. She held the office of President with Eastern Star in 1970. She was also a charter member of the Sidney Jayceettes, Past President of the VFW Auxiliary #610, and Guardian of Jobs Daughters for five years. She along with husband, Jim were associate Guardians and members of the Lodgepole Valley Shrine. She and Jim shared fond memories of their time with the Shrine. Presently she was a member of the VFW Auxiliary #1681 in Scottsbluff.

Preceding her in death were (2) husbands, her parents, brother Donald, sisters Corrine Kennedy and Connie Farrell, and a nephew, Bruce Vizina.

Memorials may be made to the First United Methodist Church, 2622 11th Ave, Sidney NE or the donor's choice.

Gehrig, Stitt Chapel and Cremation Service, LLC of Sidney is in charge of funeral arrangements. Due to the current Covid-19 pandemic services will be held at a later date.