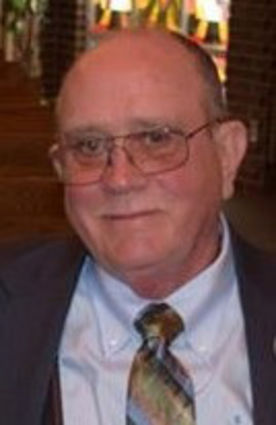 Dale Wesley Farmer, age 84, passed away on Friday, April 24, 2020 at Sidney Regional Medical Center Extended Care in Sidney, NE.  He was born on March 22, 1936 to Lyle Wesley and Nellie Amelia (Zoerb) Farmer at Callaway, NE.  He graduated from Callaway High School in 1953 and attended five semesters at the University of Nebraska, Lincoln.  He was a U.S. Army veteran serving as a personnel clerk during the latter part of the Korean War.  He married Joann "Jody" E. Smith on August 30, 1958 at Callaway St. Boniface Catholic Church.  Dale was appointed Postmaster at Callaway, NE in 1958 and retired in 1991 with a 35 year service pin from the U.S. Postal Service.  He and Jody retired to Gothenburg NE in 2007 for nine years, and then moved to the Sidney Assisted Living Facility.

Dale served as the Callaway Chamber of Commerce President twice, was a former member of the Callaway Volunteer Fire Department, and the Elks Lodge of Broken Bow, NE.  He was a past president of the Callaway Alumni Association and the Callaway Development Corporation.  He was long associated with Scouting, (being a Boy, Cub, and Scout Master) specializing in high adventure canoe/camping trips with his scouts; including trips on the South Loup and Calamus Rivers and two 100 mile canoe trips on the Boundary Waters between MN and Ontario, Canada.  He and many of his scouts first entered Canada by canoe.  He and his wife were fond of traveling and visited most of the states (sometimes camping with their family), many of the Canadian Provinces and European countries.  At the age of 62, he took up bicycling and biked a total of 1,362 miles on five trips in six European countries.  His hobbies also included oil painting, dabbling in the stock market, gardening, flowers, cooking, and fishing.  His gifts were generosity and hospitality.

Memorials are suggested to the Nigel Sprouse Memorial Library, Callaway NE.  A Prayer Service for the immediate family will be held on Wednesday evening, April 29th with Father Mike McDermott officiating. Burial will be Thursday, at Rose Hill Cemetery at Callaway.