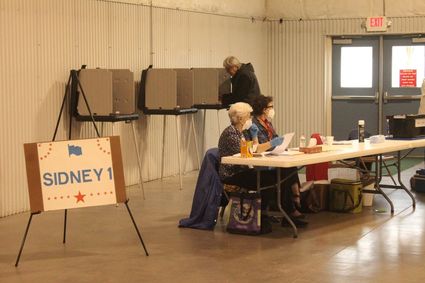 The Libertarian Party had one candidate, Gene Siadek, who garnered 2,518...