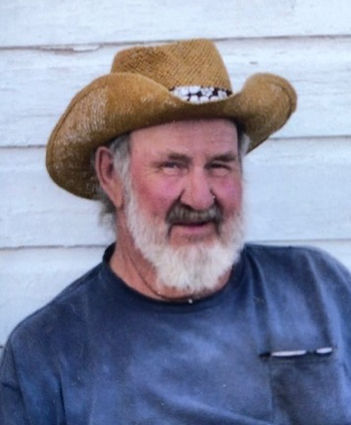 Graveside services with full military honors will be conducted at the Kansas Veterans Cemetery at WaKeeney, KS on July 10, 2020 at 11:00 am. Cremation has been held. You may view Dennis' Book of Memories, leave condolences, photos and stories at http://www.gehrigstittchapel.com. Gehrig-Stitt Chapel & Cremation Service, LLC is in charge of Dennis' care and funeral arrangements.

Dennis Stone Guthrie was born in Bismarck, ND to Earl Guthrie and Nellie (Stone) Guthrie on September 15, 1933. He was the youngest of seven children. He was raised on a farm in Surrey, ND and attended school there. Dennis served his country in the United States Navy during the Korean war. After his service years, he returned to ND where he met and married Sharon Kinzell. Together they had four children.

Dennis was a self-taught sheet metal worker. He moved his young family to Loveland, Colorado for work and there he joined the Sheet Metal Workers Union Local # 9 out of Denver, CO. During the course of his career, he worked on many large structures that are still found in Loveland and the surrounding areas today, such as the Hewlett Packard buildings, the Kodak plant in Windsor, CO, McKee Medical Center, Coors Brewery in Golden, CO and the Power Plant in Brush, CO. After his family was raised, he retired and moved to Collyer, KS, where he spent his time fixing up and selling houses and properties. His ability to build, fix or repair anything was truly amazing. He truly was a master craftsman. When he wasn't working on a project, Dennis enjoyed reading, Western movies, listening to his old record albums and giving his grandchildren and great grandchildren rides on his tractors. Dennis lived a good life on his terms. He will be missed.

Dennis was preceded in death by his parents, Earl and Nellie, and brothers; James, Douglas, Howard, and sisters; Faith and Lois.