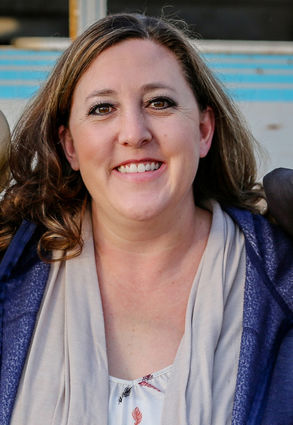 Life on the ranch continues to have its fill of spills and adventures.

The baby ‘poke has been eating moths and splashing in the toilet. The toddler ‘poke bosses everyone around and can command a room with his vibrant voice.

The two older ‘pokes are enjoying boy adventures of playing in the pond and return to the house with a new pet turtle (who was removed after three days because he/she stunk to high heaven.)

Despite the laughter, joy, work, chores, and everything in between the weight of the world still is crouching at our doorstep. I want to write stories about babies eating moths, and splashing in toilet water, and tales of woes from helping my cowboy putting a new roof on our house without using kneepads (until the last day), but because the world is so dark and so heavy there are much more important things to discuss.

I was watching a video the other day and it showed a mob of people standing in front of a trucker on a major roadway. The trucker slows down, and the mob throws rocks and bricks at his window, literally swarms the truck – they pile on top and around the truck and manage to pull the trucker out of his rig and start beating the living tarnation out of him.

There was yelling and encouragement of the beating and the anthem was for a cause called Black Lives Matter. I burst into tears. I could not fathom the pure hate. Of the more than one hundred people in the mob there is no way that all of these very specific people had been harmed by this single trucker. There were strangers standing for a cause against a man with a target on his back. I simply could not understand why or how this would occur.

My older boys took notice that I was crying and they asked what was going on. Every day I make decisions as a parent that I pray are in the best interest of my children.

I decided to let them see the video and what unfolded for them was bigger than I was prepared to handle.

My second ‘poke quickly asked, “Mama, what are they doing? Wait! Why are the throwing things at the truck? Wait! Why is he slowing down?”

I quickly said, “He is trying to be respectful. He doesn’t want to hurt anyone by running over them with his truck.”

Then came the part I was simply not prepared for, “Mama, they are saying something about Black Lives Matter. Hasn’t the Lord taught us that all lives matter?”

“Yes, buddy, all lives do matter, but this is a cause that is very important to many people right now.”

“Mama, I see that all of the people that are on the truck and kicking the man are black. The man in the truck is white. Wait! Do all black people hate white people? Mama, some of my best friends are black. Do they hate me because of the color of my skin?”

People, I did not teach this to my child. He watched and observed a very specific sequence of events on this particular video. This was a brand new concept to him. I truly believe my son had never paid any attention to the color of his skin or his sweet friends, but he was now seeing the world in color.

It is highly likely I should not have let my son see this video because I worry he will not be able to unsee color. I’ve even pondered the question, Is it is a good thing that he sees color now or a bad thing? This was not a lesson I taught my child but I allowed the world to teach him. Will him being able to see color add empathy to his character or will it only add fear?