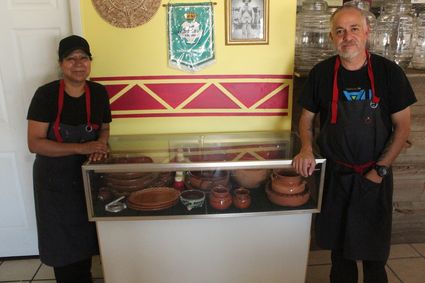 There’s an old saying that if you want to know someone, share a table with them.

Saul Rodriguez and Rosa Gonzalez have the welcome mat out for their local of Tacos La Laguna.

The family business is named after the hometown of Saul’s father who lived in Laguna, Mexico.

They trace their family histories from the north and the south areas of Mexico.

The result is the potential for meals that are spicy, and have the herbs known in southern Mexico. Prior to opening Tacos La Laguna, Rosa worked at Sweet Tomatoes. She worked there for almost 19 years, from 2001 until it closed due to the COV...