By Roy Gillham
The Wifes Cowboy

Things That Should Just Be Done Outside 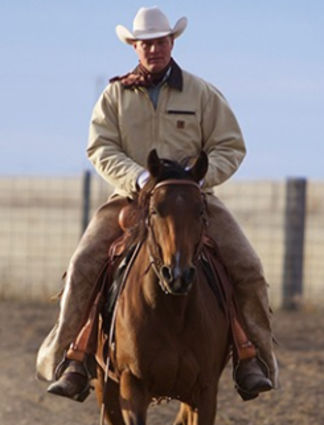 As a rancher and also the father of four boys, we spend the majority of our time outside. I’m told being a male is a real benefit to the efficiency of being able to answer nature’s call…when out in nature.

During the potty-training phase each one of my cowpokes had to quickly learn how to deal with home toilets, public toilets or no toilets at all.

Initially it’s simply enough to just get the job done. Not too far down the line, I’ve noticed each one of my cowpokes have had personal contests to increase distance, or accomplish the task in new places. On top of a fence, standing on the back of a horse, or from the top of a haystack have all seemed like good places to try. Of course, modesty is required in the case of mixed company, so they’ve learned the horse trailer works well for those circumstances.

During the whole shut-down-the-country situation it was time for our third cowpoke to gain control of his functions, and start wearing big boy underwear. One problem we ran into was the fact that most public restrooms were closed. This may or may not have resulted in me instructing my wife to pull over while yet in city limits for a certain 3-year-old cowpoke hydration emergency…Twice! I promise it was not on anyone’s lawn or driveway.

Recently, while I was responsible for the two younger pokes, they teamed up and got the better of me. Normally, I would view just watching two of them as a stroll in the park, but that evening things didn’t work out in my favor. We were waiting outside while the rest of the crew were all involved in a meeting. The youngsters were toting around water bottles, playing in the dirt and finding “big” rocks and boards to practice lifting and throwing. All these things were going fine until the phrase, “I have to pee!”

I was tempted to just take him over behind our car, but we were in a semi-public place, so I decided we better trek inside and use the public restroom.

As we headed in, I could feel the warning and DANGER signs blinking in my mind. Some of my concerns were relieved when I saw that the restroom was actually open and reasonably clean.

Things started on a downward trend when the toilet was too tall for the third cowpoke and he didn’t want to sit on it without a seat insert. You know…the ring you put on a toilet seat to make it small enough that a youngster doesn’t fall through and end up taking a bath!

He still wasn’t tall enough when standing on my boot, so I agreed to just lift him and hold him whilst he completed his business.

All this time, the one-year-old had been standing mostly in the same spot where I had instructed him. Once I was committed to holding the three-year-old, the yearling jumped into a blur of action. I managed to shift twice to keep him from grabbing the toilet to pull up on and take a look inside to see what was going on!

Then the race was on and he dialed in on the toilet paper dispenser. He helped himself to several generous free spins of the toilet paper roll, almost with the ease of a boxer in perfect rhythm on the punching speed bag.

All this of this was occurring while my hands were still full, and the “Listen to Daddy’s voice!!!!” plea was having no effect. He must have sensed his time was running out because quick as a blink, he grabbed a handful of the paper and headed for the stall door, which he easily crawled under.

All the while diminishing the usability of the stall for the next guy because the paper was still attached and rapidly spinning off the roll, while he made his escape.

I only had a little pee on my hand and boot as I darted for the door to corral the renegade.

My logistical strategy for getting everything and everyone picked up, cleaned up, and washed up only worked moderately better than the previous description…You know… disaster after disaster.

As I left that restroom carrying a cowpoke in each arm I had resolved myself that next time, I was just going to have them pee outside!