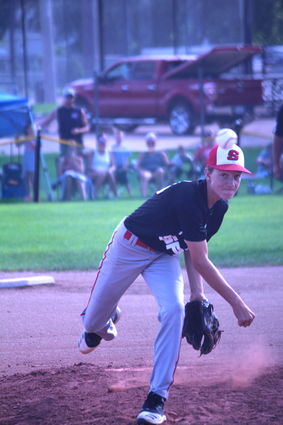 The Sidney Raider 12U team earned its fourth consecutive State Championship by defeating the Westco Bluffs 12U team in the championship game of the Cal Ripken Baseball Tournament at Kiwanis Field in Sidney Sunday afternoon.

The Sidney squad earned its place in the final game by going 3-and-1 in tournament play, and were the number 2 seed matched up against the undefeated Westco Bluffs team led by slugger Ryan Hinman. The teams faced off for a final battle that turned out to be a classic, with both teams playing outstanding baseball in a game that either team could have won.