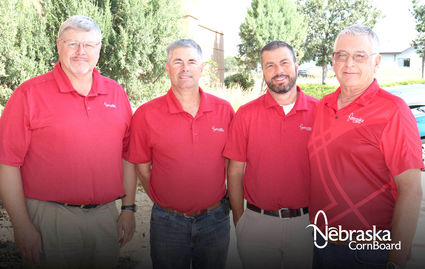 SCOTTSBLUFF – The Nebraska Corn Board (NCB) elected four farmers to serve leadership roles at its August board meeting. The leadership roles are effective immediately and are yearlong in duration, with the possibility to be reelected.

David Bruntz, District 1 director, was reelected as chairman of the board. Bruntz has been farming for more than 40 years near Friend. He grows corn and soybeans, and he also feeds cattle. Bruntz received a degree in production agriculture from the University of Nebraska-Lincoln’s (UNL) Nebraska College of Technical Agriculture. He has been with the board...